Whether you have a condition that established medicine can’t touch or you want to understand how to make yourself healthy without always going to the doctor, you may be interested in trying out various, though perhaps lesser practiced medical studies.
If modern science seems too modern and energy healing seems like it’s a bit far fetched, there is another school. It’s called “naturopathy” which is in between that just might interest you.

Hey beautiful! Just gonna jump in real quick to let you know that this post may contain affiliate links. This means that if you purchase a product I recommend through one of my links then I may earn a small commission at no cost to you. Full disclosure here.

“Naturopathy” comes from the word “nature” and the ancient Greek suffix “-pathy,” which originally meant “suffering” but here means something more like “a condition.”  Naturopathy may sound much older than it is. The truth is that naturopathy really only came about in the late 1900’s. That doesn’t mean that it isn’t an old or studied practice, it just means that people didn’t need a word for it.

Naturopathy is the belief that modern society creates its own health problems through unnatural problems. It then relies on unnatural medicine to solve. The major theory of Naturopathy is that most conditions can be avoided without the use of institutionalized medicine provided the individual practices their own routine of a healthy diet and adequate physical activity.

Now you can see why it was only recently named! Throughout the vast majority of human history, most people lived naturopathic lives without trying to or without needing to call it anything. Prior to the mid-nineteenth century, most people lived lives that we would now consider physically demanding or at least physically active. Up until the mid-twentieth century everyone had diets that we would consider “organic” or “farm-to-table.” For most of us, however, life has become a bit more complicated since then.

It’s hard to argue against naturopathy in most cases. After all, the leading cause of death in the United States according to the Center for Disease Control is heart disease.  You’re far less likely to get if you have a healthy diet and exercise regularly. Diabetes, another disease largely caused by poor diet and lack of exercise also makes the top-ten list.

Many of today’s health problems are caused by processed foods which are high in sugar, high in simple carbohydrates, high in unhealthy fats, high in artificial ingredients like colors and preservatives, and shockingly low in just about everything else. While many people scoff at those working for more availability of “organic” foods, there are few who would argue that we would all be much better off if we ate food that was closer to nature.

Similarly, diabetes and heart disease can also be largely prevented by regular exercise which keeps weight off, keeps blood pressure within a good range, and keeps our hearts and lungs healthy.

Should I be Skeptical?

Unfortunately, the basics of naturopathy can be a little short-sighted. There are many causes of disease and death that can’t always be kept at bay by a good diet and regular exercise. That CDC lists common causes of death which includes cancer, respiratory diseases, strokes, Alzheimer’s disease, influenza and pneumonia, and other conditions that can occur naturally to otherwise healthy people.

Similarly, many of the worst threats of the pre-industrial world are held at bay not by organic foods and jogging but by antibiotics, vaccines, and other medical interventions. Minding your diet and exercise can certainly help you to live a happier and healthier life but living a naturopathic life shouldn’t keep you from going to your healthcare provider for regular checkups and treatments for serious illnesses. However, you will probably need to see them much less often than people who don’t bother with the naturopathic way of life.

READ  Amazing Benefits of CBD Oil: How to Improve Your Health

This theory is further cemented by the fact that the leading organization for naturopathic medicine, The American Association of Naturopathic Physicians, is made up of medical practitioners who believe that you can live a happier and healthier life by being more considerate of what you eat and how you spend your time. So, don’t think just eating healthy and exercising will keep you living longer. Make sure you pay attention to your body, notice any changes and talk to your healthcare provider about your concerns.

Naturopathy is only part of something we now call Integrative Health. I like to think of it as a blend of healthcare and naturopathy. Be sure to read this about integrative health as well as the benefits of natural medicine and how it could benefit you.

Want to Remember this? Pin this to your Favorite Pinterest Board!

If you found this useful, please share this article and with your friends and Pin it as well. While your there, come follow me on Pinterest. You’ll also want to sign up for my newsletter for lots more healthy tidbits!

2 Comments on What is Naturopathy 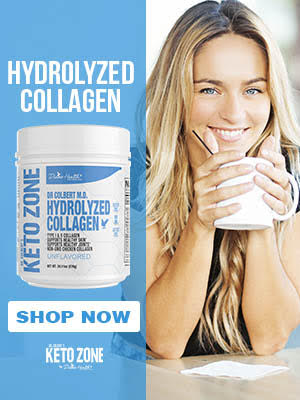 Amazing Benefits of CBD Oil: How to Improve Your Health

What’s Dirty Keto & Should I Try It?

The Amazing Benefits of Acupuncture

6 ways to Rev up your Metabolism 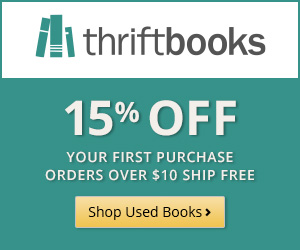